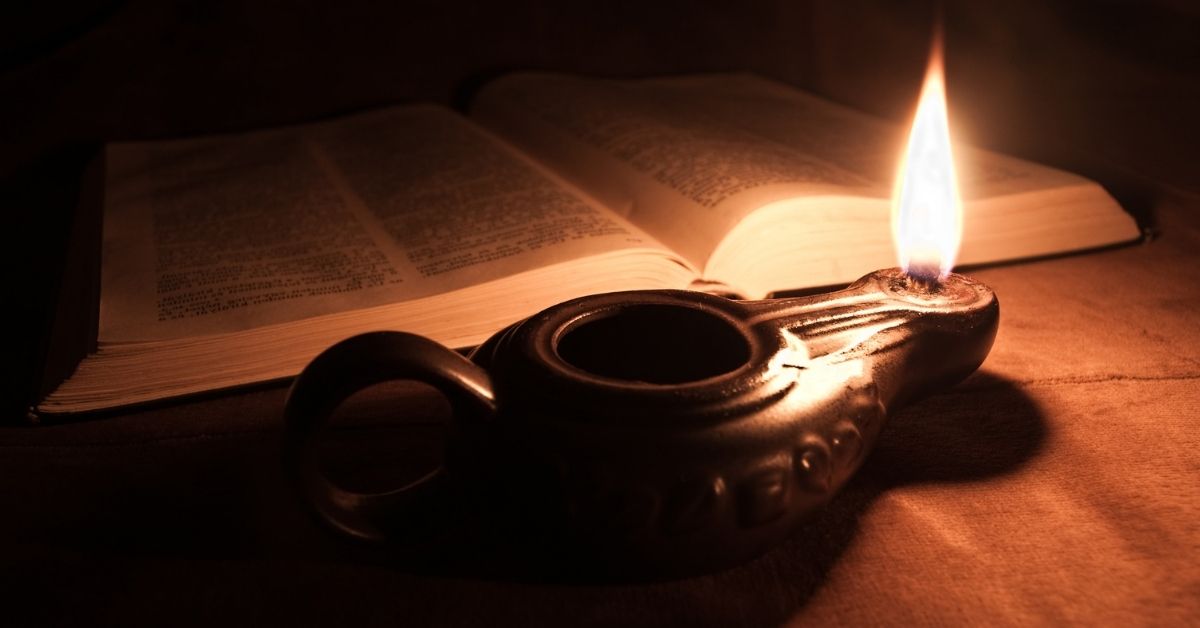 An oil lamp is a device used for creating light and they work on the oil-based fuel source.

You may have seen an oil lamp at someone’s home or in a restaurant. In today’s world, they are most often used as a decorative item for a wide variety of indoor and outdoor settings.

People also tend to carry them with themselves while camping.

Their shapes, sizes, and additions to the oil were changing through the years, but all of them consists of a wick, a reservoir for the fuel, fuel itself, and an air supply for preserving the flame.

There’s one thing we can all agree on – they look like something from the Harry Potter franchise!

Oil lamps were created many years ago, and when I say many, I mean BCE.

Are oil lamps better than candles?

The main reason for creating them was to find a better replacement for candles. Oil lamps are capable of producing much brighter and stronger light than candles and they are managed by us. Thousands of years ago the idea of a man having control under a fire-produced lighting device was fascinating.

First oil lamps of man-crafted materials are dated from old Egypt, Greece, and Rome era, and their popularity was spread quickly which made them one of the first mass-produced products. There were plenty of materials for making an oil lamp.

Oil lamps were made of alabaster, stone, bronze, terracotta and they were designed to keep the material safe from catching the fire. Their goal was to provide a long period of burning, which meant a long period of light.

People of that era were carrying heavy torches, but oil lamps were transposable and mobile objects, discrete and unnoticeable, and most importantly, they were a much safer option for usage. An additional pro was that they don’t leave much residue for cleaning.

In the beginning, the purpose of the oil lamp was mainly of practical and logical nature, but as the fascination for them grew, they became part of spiritual beliefs and religions all over the globe. People became aware that lighting creates an atmosphere.

For example, in Christianity, the oil lamp epitomizes eternal life and God. In Islam, an oil lamp also represents god. Even the ancient Egyptians were extreme with oil lamps by lighting thousand of them for various religious-based manifestations, such as Greeks and Romans.

When was the first oil lamp invented?

Romans are known for developing oil lamps in the 1st century before Christ, but some form of a little bit more modern design (based on coil oil) was made by John H. Irwin in 1862.

All those facts lead us to the conclusion that oil lamps were (and still are) a pretty big deal!

How does an oil lamp work?

Oil lamp works in the same principle as candles, but since they are capable of producing brighter light, that would also lead to a bit more sophisticated and a tiny bit more complex mechanism.

Their main substance is liquid oil so they need to have an oil container.

The absorbent wick carries the liquid fuel that consumes the flame.

Today we can say that there are three models of oil lamps:

If we talk about the portable option, it’s safe to say that there is a flat wick lantern for that purpose and we can choose between dead flame, hot-blast and cold-blast version.

What type of oil is best to use?

Lamp oil is the best fuel for oil lamps.

You can buy them almost everywhere. It’s practically the better version of kerosene since it doesn’t smell and is safe for indoor use.

You should never use raw gasoline, kerosene, or alcohol as fuel for your oil lamp.

Will lamp oil burn without a wick?

As previously said, every oil lamp consists of a few components, and one of them is a wick.

Lamp wick is like a transport vehicle that leads one to another. The wick leads the fuel from the container to the flame. We may interfere with some difficulties even if the wick doesn’t fit properly. The only thing that can replace a wick, is another material wick.

For example, there are mostly cotton wicks on the market, but you can use the fiberglass ones as a longer-lasting option.

How to clean and store my oil lamp

To ensure the brightest and the prettiest flame for your oil lamp you need to take care of it, and that pretty much stands for everything we use.

It’s recommendable to dry and clean the chimney of the lamp after every usage. You don’t need to have any special material for that purpose, a piece of newspaper will work out just fine.

Before that make sure you don’t hurt yourself by checking out that the flame has completely extinguished and that the lamp has cooled down.

You can always rinse out the chimney with lukewarm water. Don’t forget to wait until the chimney is dry before lighting it up.

An important step is to trim down the wick before every usage. The flame will always leave the top of your wick black and you can cut that part before new usage.

Dirty burners also need to be cleaned to prevent clogs (once a month will be enough). You can soak them in water and baking soda. After you boiled the water with baking soda in it, soak the burner in your liquid. Don’t forget to remove a wick or any leftover oil before proceeding with this step.

If you’re planning to give your lamp some rest (for about 2/3 months) you need to get rid of the oil leftovers.

Remove both the chimney and the fuel burner from the lamp, then pour the rest of the fuel into your container. The wick will also need to be removed if you’re planning to store your lamp for a while. It will contain oil residue so don’t store it near heat.

If there are children nearby, make sure to store all the parts in a safe environment.

In conclusion, oil lamps have been used for centuries to provide light at night.

They’re simple to use and do not need any electricity. They can be used both indoors and outdoors and it’s needless to say that can produce strong and bright light.

Despite being old-school, smoky, and flammable, they still remain a popular choice among the masses due to their charm and the fact that they’re economical and portable. 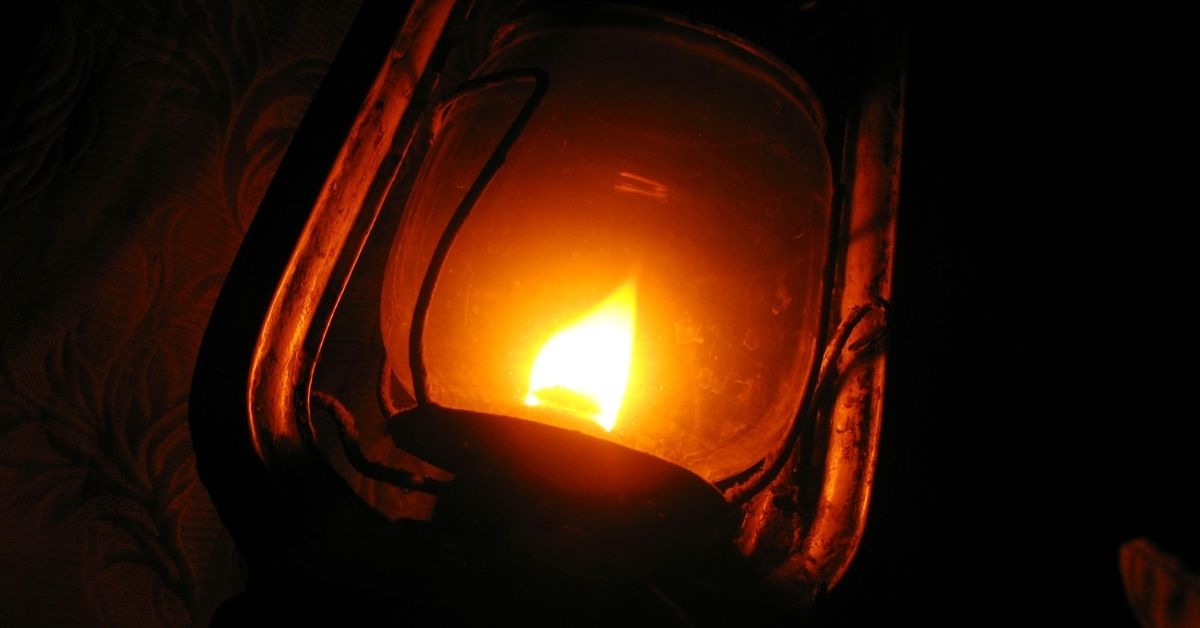 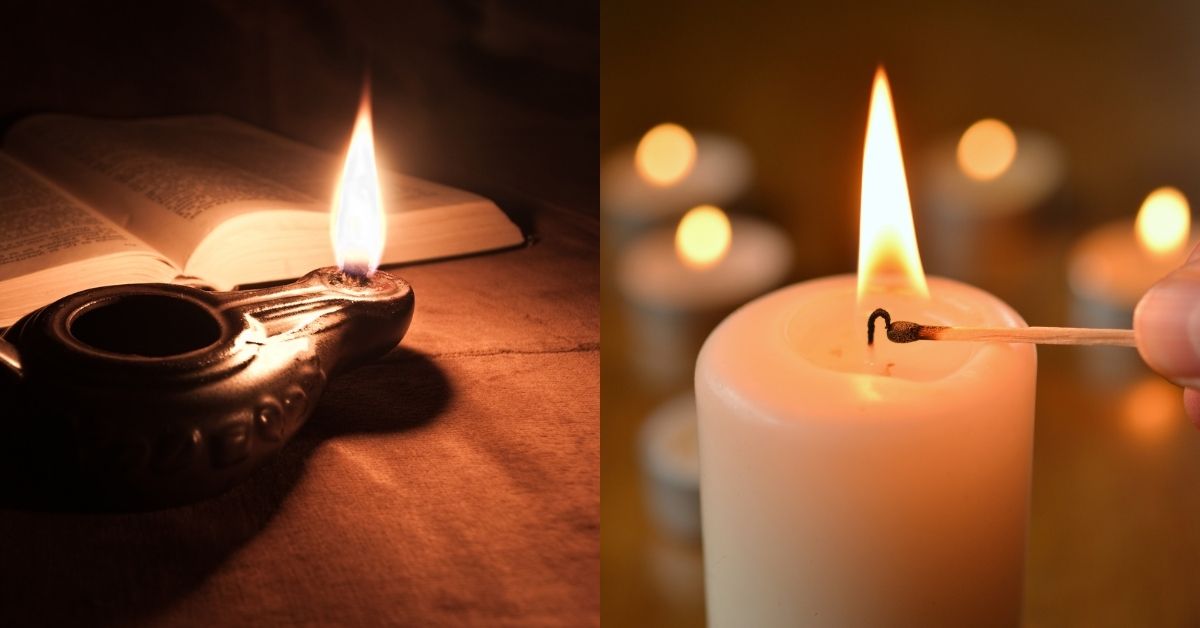 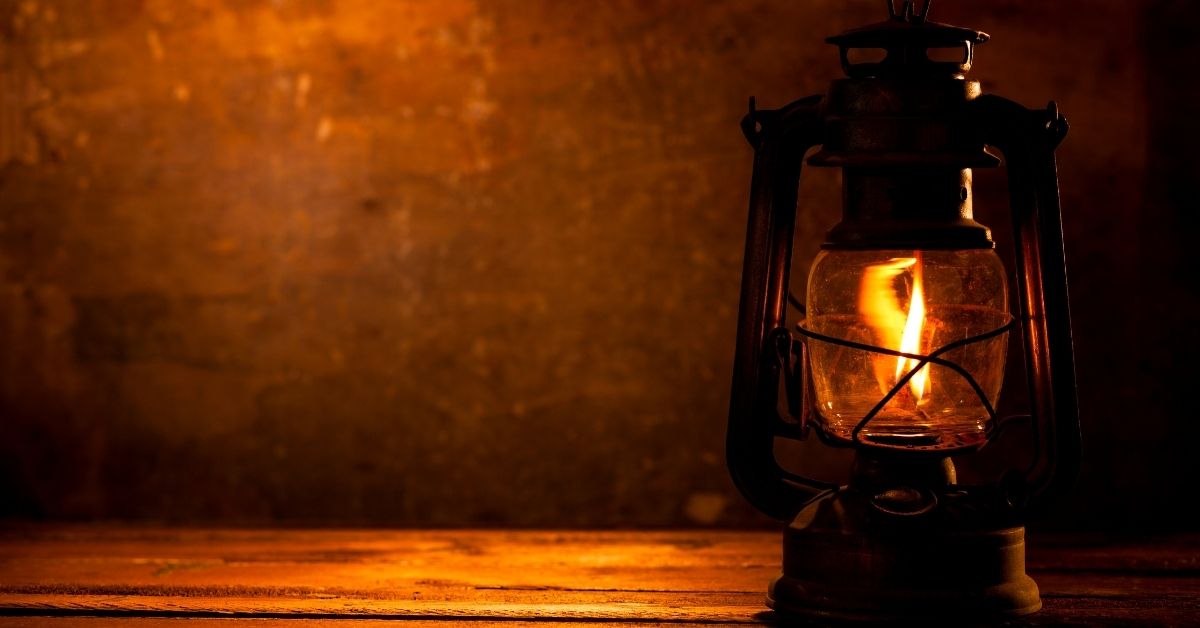