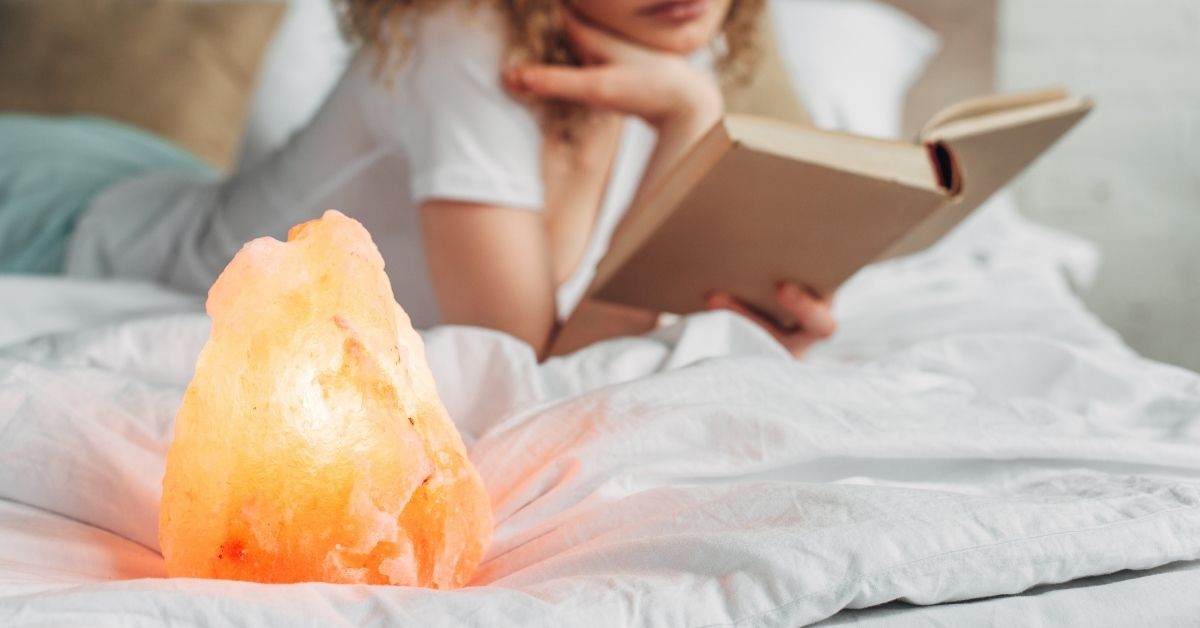 The Himalayan Salt Lamp is an extremely versatile lighting solution that can add a touch of elegance and sophistication to any room.

Salt lamps are becoming more popular as people seek to detoxify their bodies from chemicals and stress. They can be used for meditation, reading, or simply relaxing. They are also great for allergy sufferers because they can reduce airborne allergens.

In the vast majority of cases, they can last for years. But since they are made of pure salt, ie a completely natural material, there is a possibility that your lamp will not look or work as you would like.

Here are both pros and cons of Himalayan salt lamps for your home.

1. They purify the air in the room

Just like your body, your room needs a good detox. This is exactly what the Himalayan salt lamps are for.

Did you know that salt has hygroscopic properties? This means that it attracts water molecules, and together with them, it will “pick up” mold, allergens, dust, even bacteria and viruses from your room.

So, if you have a Himalayan salt lamp in your room, you will no longer have to inhale all those harmful substances that are in the air.

Tip: after 3-4 weeks of use, turn off the lamp and wipe it with a damp cloth to remove accumulated harmful particles. Then turn it on again.

2. They relieve asthma and allergy symptoms

A Himalayan salt lamp can bring relief to people suffering from respiratory problems.

Because they purify the air and remove mold, allergens, dust, and other toxins, these lamps can help people suffering from various allergies. There are also inhalers with Himalayan salt, which are intended to alleviate the aforementioned respiratory problems.

Don’t count on the lamp to heal you, but be sure to expect relief.

Unfortunately, most of us live in an environment that is saturated with positive ions. These are particles created by smartphones, computers, and television, but also mold and pollen, and other toxins from the air.

Such ions drain our energy and ultimately harm our health.

In contrast, the Himalayan salt lamp releases negative ions. Therefore, staying near this lamp can have a similar effect of raising energy and enthusiasm as going to nature, for example on a mountain or river. The natural environment, especially aquatic, is also rich in negative ions.

When negative ions reach our lungs and bloodstream, they create biochemical processes that raise levels of serotonin, the hormone of happiness.

Thanks to that, these lamps can improve mood and alleviate seasonal depression in people who suffer from them.

Unlike positive ions, which reduce the brain’s supply of oxygen and disrupt sleep, negative ions can help with insomnia.

Also, the pink and orange light of the Himalayan salt lamp awakens a feeling of satisfaction, has a deeply relaxing effect, and improves sleep.

Just like lava lamps, we could say that they also have a visual therapeutic effect.

Due to the numerous electrical and other devices, you have in your home, you are largely exposed to harmful electromagnetic radiation or so-called electrosmog.

Research has shown that constant exposure to even low levels of electromagnetic radiation can increase the risk of cancer and heart disease.

As a natural ionizer, the Himalayan salt lamp works precisely against electromagnetic radiation and can neutralize it.

Frequent visits to nature and staying in a room near an ionizing lamp made of Himalayan salt can protect you from this dangerous radiation and improve your health.

1. They can start sweating and melting

It is a common and completely normal occurrence. The lamp is composed of pure salt, and the salt is hygroscopic, ie it absorbs moisture from the air. This is exactly the mechanism by which your lamp cleans the air in the room.

By drawing small drops of water, microscopic impurities are absorbed at the same time, which ends up on the lamp. If the humidity is above average, then you will notice a little water around the lamp, so protect the furniture with a washer.

The solution is to light the lamp for 24 hours. If it’s is still sweating, look for another place for her, away from the kitchen or bathroom. One solution is to use a higher power bulb, but be careful what wattage the manufacturer recommends.

If it’s still sweating and the room is otherwise humid, then you are left to wipe it with a cloth from time to time.

People living in humid areas should be careful because Himalayan salt lamps can melt if it is cold. The lamp should be protected with a saucer underneath and maintenance instructions followed.

2. They can lose color

As we said, salt absorbs water from the air. When water molecules come in contact with salt, the crystal structure of the salt is broken because ionic bonds are always soluble in water.

After the water evaporates, ionic bonds are formed again as the solution becomes salt again.

As a result of this process, you will notice that the surface of the lamp accumulates more and more white crystals.

The overall composition has not changed, but the layout on the surface has.

The role of the lamp is to attract all impurities from the room, which inevitably leads to dirt.

Turn it off, unplug it, and let it cool. Take a slightly damp (by no means wet!) Sponge or cloth and gently clean it. Then wipe it with a soft dry cloth.

When the lamp turns on and warms up again, the excess water will evaporate.

This statement is quite logical, but it is also interesting that the better the salt lamps, the heavier they are.

So, convenience is not their biggest advantage, especially if you have more of them and plan to deploy or even transport them elsewhere.

It’s not that it’s too big a problem, but many people ignore it and wonder later.

Be careful where you put the salt lamp because salt is a corrosive substance.

If we take into account that it melts, we come to the conclusion that it should not be placed on certain substrates such as metal – because in that case, it could rust.

Is sleeping with a salt lamp good for you?

Sleeping with a salt lamp is good for you since they purify the air and emit dim light which helps you relax and relieve stress.

Put one or two lamps in your bedroom to get better quality air, and sleep also.

If you can only sleep in a darkened room, you can leave the lamp on only during the day because even when it is off during the night, it has its effect.

Himalayan salt lamps do work but don’t think that they will solve all your health problems.

Reducing stress and relaxation can be helpful in managing respiratory problems, such as asthma. So, as long as you don’t expect a salt lamp to fully heal you, it’s a good investment.

In a similar way, if you have trouble sleeping, then a salt lamp might help. It is not intended to cure any disease, but just to make you feel more relaxed. The best thing about salt lamps is that they are inexpensive and easy to use.

Can you leave a Himalayan salt lamp on all the time?

You should not leave a Himalayan salt lamp on all the time, especially when you’re not home. Especially if we take into account the occasional melting.

It is safest for you and your household to have a salt lamp lit only when you are at home.

There are a number of reasons why you should get a Himalayan salt lamp.

For example, a salt lamp can add some extra light to your home, help you sleep better, can provide a natural heat source, can purify your air, and make your home more comfortable.

But, before you decide whether or not you want to buy a salt lamp, it’s important to understand the downsides of this particular type of lighting.

Now you know what the pros and cons of Himalayan salt lamps are. 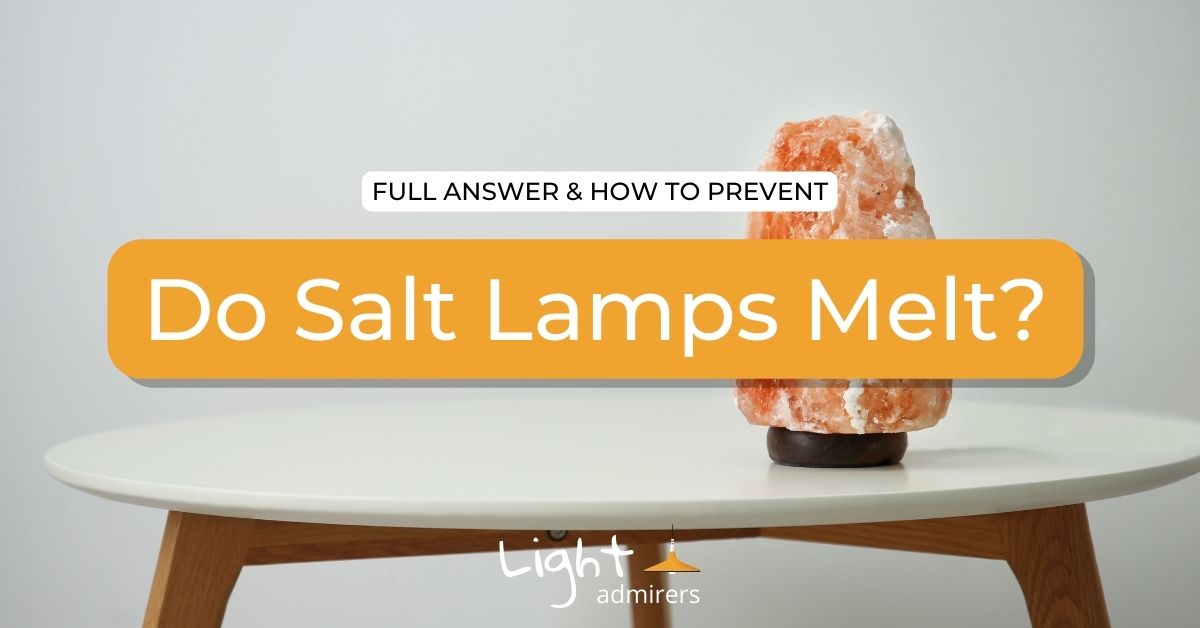 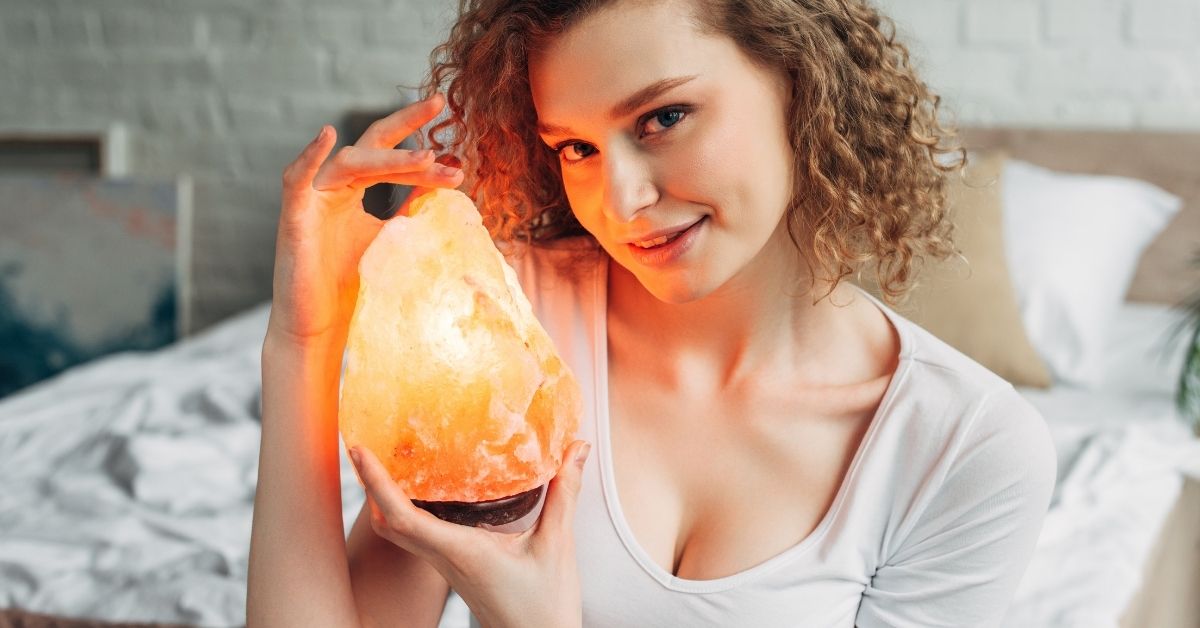